Going for cocktails in London town is an expensive endeavour, and one that I don’t do enough (for that reason). So when I do, I like to know that the drinks I’m selling a kidney to buy are top-notch. Obviously such variables as different bar staff on different occasions can change things, but on the whole, my favourite places are the ones that are consistently amazing. And, since I often get asked about good places to go in London by visiting dignitaries (or blog/Twitter followers), then I thought I’d do a run down of my top five favourite cocktail bars.

They are in no particular order. DON’T MAKE ME CHOOSE!

Behind a hidden door between two fried chicken shops, I’ve had quite a few amazing nights out in this vintage-decored bar, and one that I would rather forget. It consisted of a group of us being befriended by a few Scandinavian chaps, who insisted on ordering more and more cocktails for us, then, then the bill came, made us split it. £120 I didn’t have and the world’s worst hangover. Never again.

My most recent trip there was much nicer though: it was courtesy of Babicka Vodka, who had put on a ‘Dark Fairytales’ themed night. The cocktails were special one-offs, but they embody the kind of concoctions and presentation typical of all Nightjar offerings; lots of intricate garnishes (a sort of homemade Werther’s Original studded with salt crystals on the right) and funny things such sausage fat-washed vodka (mine was a more palatable nutmeg jobby). I’ve also enjoyed the grog punch they do, served with wooden tankards, as well as the steaming Hendrick’s Gin teapot.

Behind a hidden door (as most of these bars seemingly are) in Chinatown (more unusual), the ECC was opened a year or so ago by Xavier Padovani, aka the global ambassador for Hendrick’s.  The drinks here are not so fancily over-garnished as those of the Nightjar, but they are amazing and perfectly crafted. I went here with a friend who works in a cocktail bar, and the precision cut of the icecubes were remarked upon! I’ve been here once on a normal night, and once on Chinese New Year, where the menu took on a different theme. The menu has probably changed numerous times since then, of course. But the owners are passionate about interesting ingredients and anything you order will be spot on. They do seem to have quite a complicated and arbitrary booking/seating system though – beware Friday and Saturday nights. Behind a hidden door (sensing a theme here?) in Shoreditch, this Czech-owned basement is decked out like a 1950s living room. Owner Paul is rarely there, as he’s so often being flown round the world to make cocktails for Oligarchs (or something), and my dear friend Emerald Fontaine no longer works there either, so I can no longer vouch for the awesome bar staff. But the drinks are, I’m sure, still brilliant. I’ve lost count of the number of Sergeant Peppers (my absolute favourite) I’ve consumed in here, and their classic Aviation, made with home-made violet syrup, is also amazing. This picture was taken a long time ago, so the prices may well have changed!

Beware trying to go in wearing a ‘city’ suit, chaps – you’ll be turfed out immediately. Stylish vintage numbers are allowed, though. 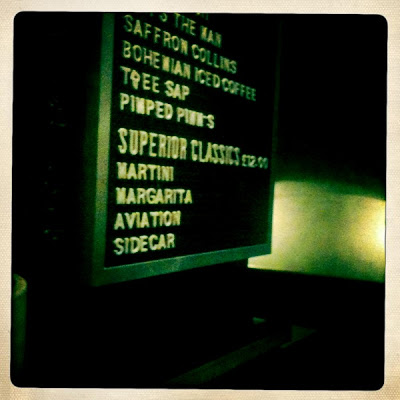 Not at all hidden behind a very obvious door in London’s most exclusive postcode, the Coburg is somewhere I’ve never actually had to buy my own drinks yet (one of the perks of working for The King’s Ginger), but I imagine they’re pretty expensive. The range of vintage bottles of spirits they have here is astounding – I’ve tasted gin from 1931, whiskey from 1939 and other such delights.

The Negroni is my all-time, absolute favourite though.

This bar is also not hidden behind a door exactly, but it does have a hidden door inside it – a wardrobe door, in fact. It’s set into the back of the downstairs bar, and you must pass through it to get to the Lounge area and exclusive Jub Jub bar. I’ve been here twice, and the last time was a while back (last July, in fact) when the Vintage Mafia ladies and I got invited to a special St-Germain event there. Lovely drinks, quirky decor and helpful staff. I keep meaning to go back! 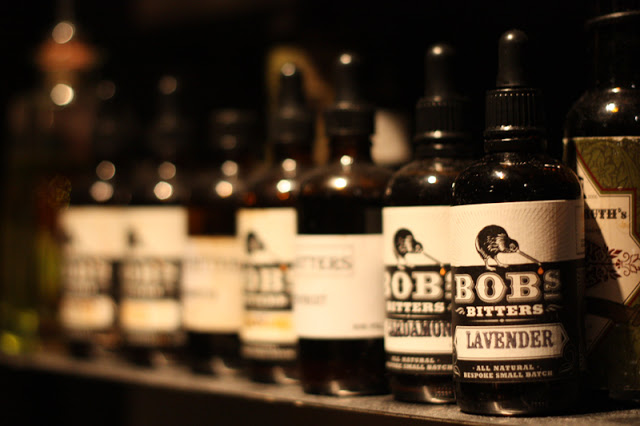 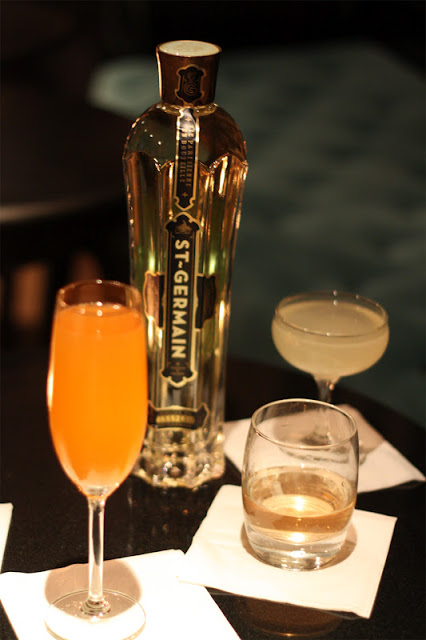 So those are my five choices for cocktails in London. Disclaimer: I have not been to all the good bars in London… and the ones I have been to but not included here are a very long way from rubbish! It’s probably more that I have no photos of drinks from there 😉

Let me know your favourite boozing venues so I have more to try out when I am feeling flush.

Right, I'm going to have to try all these places now! That salty Werther's Original sounds yummy!

The cocktail lounge at the Zetter Townhouse is great – there is even a taxidermy kangaroo in boxing gloves! 🙂

I like the look of the first one, being t t and all that it's wasted one me in a way, but it's the kind of place I'd like to go. The dark fairy tales appeals to me. Although the price horrifies me!!

Always a good read Fleur! Thanks for this post, I'm spending 2 weeks in London in Sept and it's always good to know where I can get a good cocktail.

Does Nomnomnom apply to cocktails? Ah, I see I'm in good company in saying so Thanks Aimee and Harriett!), so I'll go with it! You've really made me want a cocktail, and I only have the ingredients for a (knock-your-socks-off) violet martini… that will have to do! Work night? What work night?!

They all look fabulous, and I would be hard pressed to have to pick just one. Secret doors would always be an appealing choice!
Maureen

Does that sign say TWELVE POUNDS for a cocktail?!? You really weren't joking about the kidney-selling part!

OOh lovely places. One of my favourite places for a quiet, sophisticated (yeah, this is still me here! Haha!) drink is the bar in the Chancery Court Hotel in Holborn… it's great in winter. Very opulant and luxe.

I blush, hearing about Scandinavians so badly behaved, while taking notes for my next trip to your wonderful country.

I second the Zetter Townhouse and also Tony Conigliaro's first bar, 69 Colebrook Row near Angel. Also love Trailer Happiness on Portobello Road – a great tiki bar with kitsch decor and shared cocktails the staff set on fire. No wonder I never have any money!