Well this is an exciting thing.

A week or two ago, I was invited to the offices of British Airways’ ad agency to do something rather different.

BA have recently launched a campaign called Last Call, a last-minute type service where you can book to jet off somewhere within the next month or so for bargain prices, and they have chosen me to appear in the creative!

Along with six other bloggers, This Must Be For You (anonymous gift-giving which looks amazing), awesome Lauren from THE GIRL WHO STOLE LONDON (who I met through Bethan), The Travel Hack, The Everyday Man,  and Chris from Urban Travel Blog, I was… wait for it…

3D-printed and turned into a tiny model! Of me!

This is actually it. Well, a photo of it. Probably the coolest thing I have ever done. 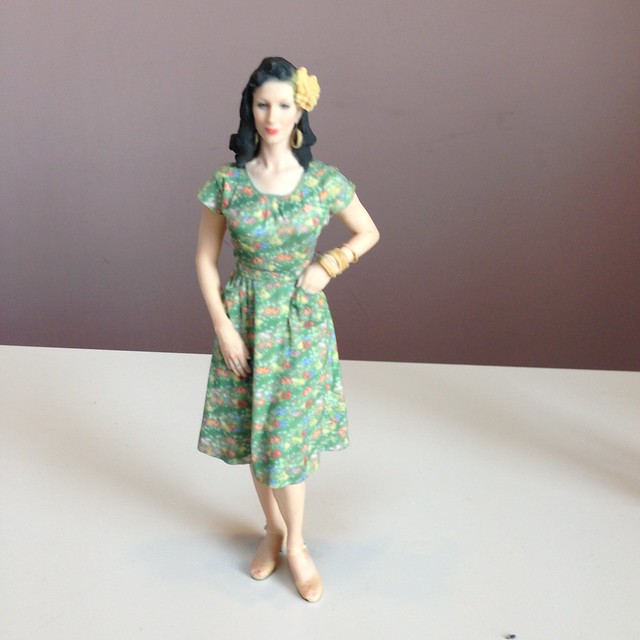 Obviously, the only correct attire to be 3D printed is a Fleur dress and Hasbeens. Immortalised forever!
Here’s a little minute-long video they made of the day so you can see how the printing works – you’re scanned with a handheld device while you stand as still as a rock! Apparently it doesn’t capture dark hair very well, so my head was done again separately and photos were taken just for tweaking. But it should be entirely accurate!

Remarkably, and this was not planned, the mini avatar of me is going to Istanbul, where I am going in real life in September for a 2 week holiday! I have asked them to send me to the flea markets and the Basilica Cistern, but they are also going to surprise me. Obviously I am going to recreate the poses wherever they do take me, how fun to have an action figure (albeit a stiff one) checking it out for me ahead of time!

I’ll obviously be posting about this again soon. But isn’t it so cool you, guys??

Do check out Last Call in the meantime though!

This is BRILLIANT!!! I would be so chuffed too, and how spooky that your minime is travelling to the same destination you are?! Amazing. Display with pride, I'd put it on my mantlepiece if I were you! P x

If only I had a mantelpiece! I'll really put it in my art deco cabinet… and then remain paranoid that it would come to life in my sleep, which was always one of my scary things as a child 😉

Such a cool little project. My mini me was sent off to Barcelona…can't wait to hear how he got on 🙂

Eeep! This is so much cooler than Flat Stanley! I cannot wait to see your mini adventures. I want a mini me, too! LOL!

Amazingly cool – good for you!

Awesome! I have always wanted to go there too

As the gentleman behind the desk