Good afternoon/morning/evening (delete as applicable to timezone) one and all, and welcome to my latest King’s Ginger adventure! Before I go on, there has been a big change at the KGL HQ, with distribution switching to Mangrove and this means world domination is on the horizon! Expect big things and hopefully even wider availability for all you wannabe Ginger tipplers. Hurrah! 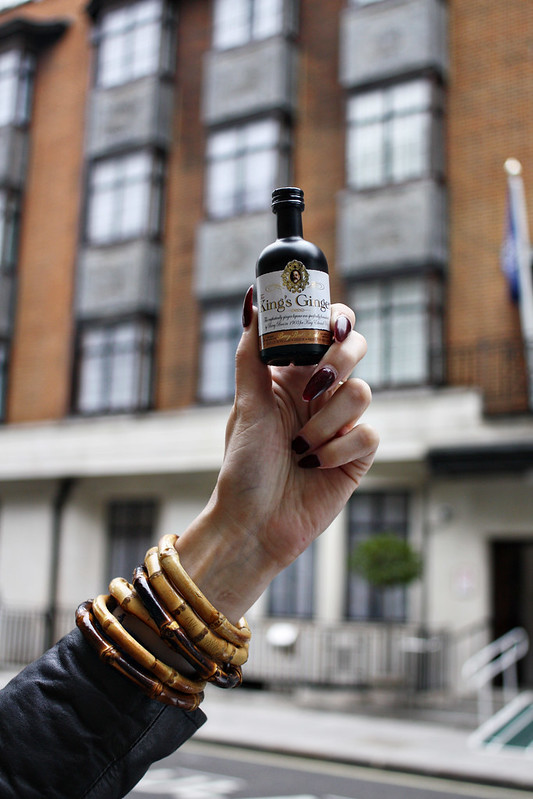 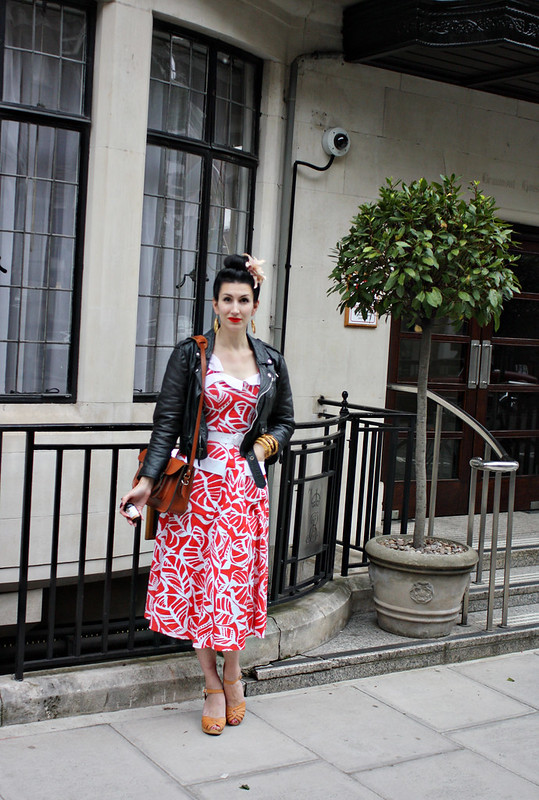 On to the story, this time  it’s about another of the King’s fancy women, who was by far the most widely accepted of all his mistresses in Royal circles. She was even friends with Queen Alexandra, the King’s wife. All no doubt because of her incredible altruism. Meet the amazing Agnes Keyser!

Agnes was been a very rich and beautiful young socialite of the 1870s and 1880s.

Somewhat inevitably she came to the attention of the Prince of Wales. They became friends and, later, lovers. Agnes allowed him to use her house in Belgravia for entertaining his various other friends and mistresses, including one of his most famous companions, Alice Keppel. The two formed a strong bond and their relationship lasted until the King’s death in 1910.

Agnes was by all accounts horrified by the plight of British officers returning from the Boer war, whom she discovered were mostly highly self-sacrificing, unable to pay for surgeons’ fees and consequently medically neglected. She and her sister Fanny used their own considerable funds to set up a hospital at their home in Grosvenor Crescent in 1899. Agnes used her connection to the future king to secure the co-operation of the most distinguished doctors and surgeons.  King Edward VII became the first official patron of the hospital in 1904, when it became King Edward VII’s Hospital for Officers. This of course helped Agnes and Fanny get further support from many in royal and social circles.

But what about the woman herself? There isn’t a vast amount known about her. Agnes was born Elizabeth Agnes Keyser in July 1852 at Great Stanmore in Middlesex, the daughter of Charles and Margaret Keyser. Her father was a partner in a stock exchange firm and she lived a very comfortable life. But it’s clear from her actions that this wasn’t enough for her. She never married, and lived with her sister Fanny, with whom she later set up the hospital. 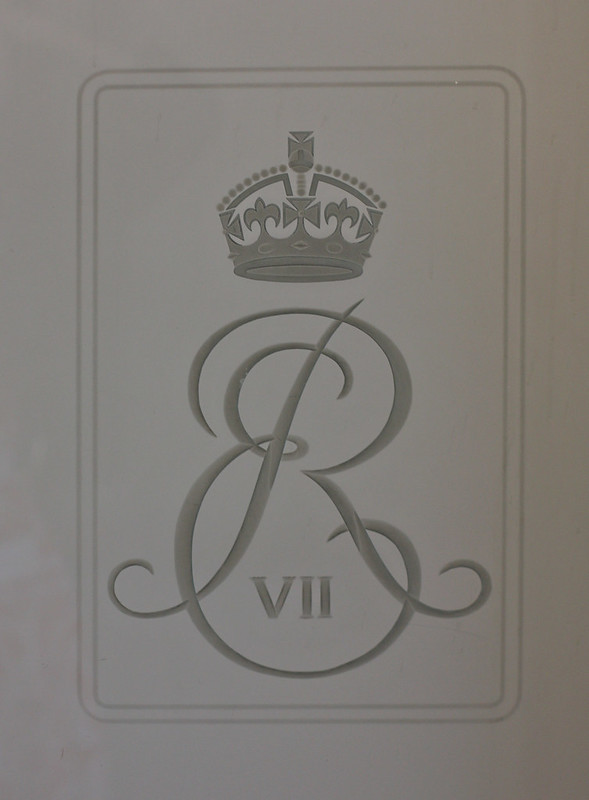 She nursed soldiers throughout the Boer Wars (Fanny doing so in person in South Africa), and in 1901 was made a Dame of the Order of St John. Later the same year she was awarded the Royal Red Cross Medal for her hospital work. In 1904, the hospital in Grosvenor Crescent was renamed in honour of the King and Agnes became known as Sister Agnes and used her gift for organisation to run everything. She was known for her kind yet firm ways, and gained a name for herself as a humanitarian. 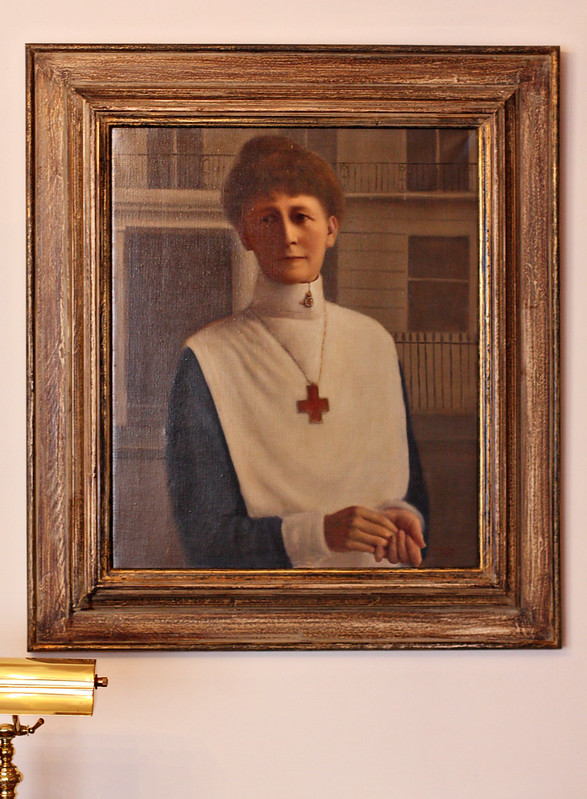 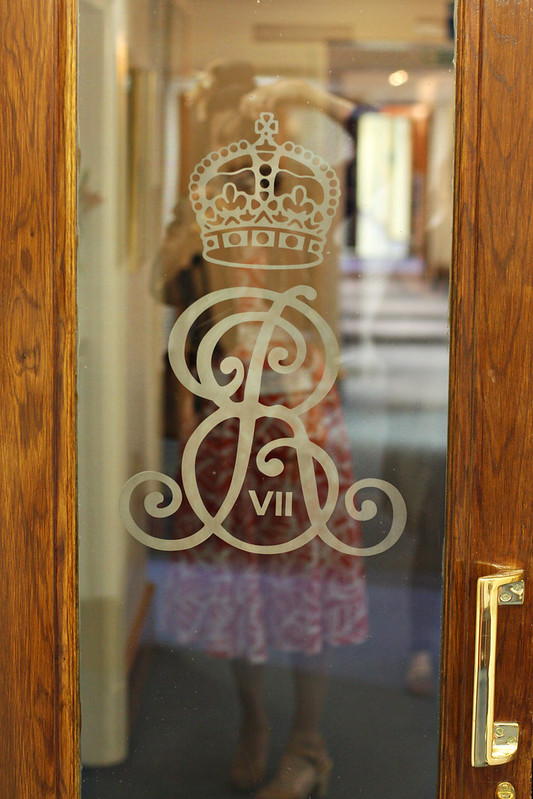 Obviously when the King died in 1910, the hospital carried on in his name. During the Second World War, the site moved to Grosvenor Gardens where it remained, even after the death of Agnes Keyser in 1941 (aged 89). The same year, the building was heavily damaged by bombing and in 1948, it moved to it present location (so actually, King Edward was never present in the building, nonetheless there are lots of ties to him there). In 2000, the hospital was renamed King Edward VII’s Hospital Sister Agnes and it remains so to this day. It’s where the royals go to be treated themselves – Prince Philip went there when he had his infection during Jubilee year, and Kate Middleton when she had that terrible morning sickness. It was also the site of the tragic incidents when an Australian radio show prank-called the hospital when Kate was giving birth and the nurse involved later committed suicide. Very sad indeed. 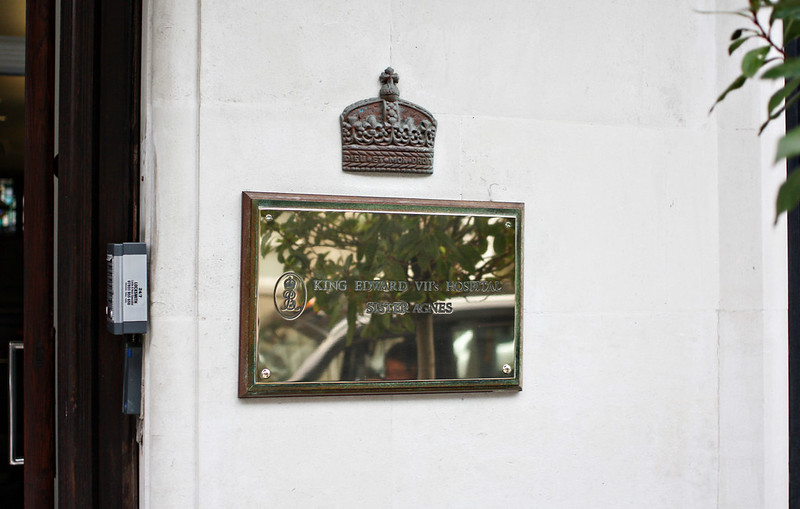 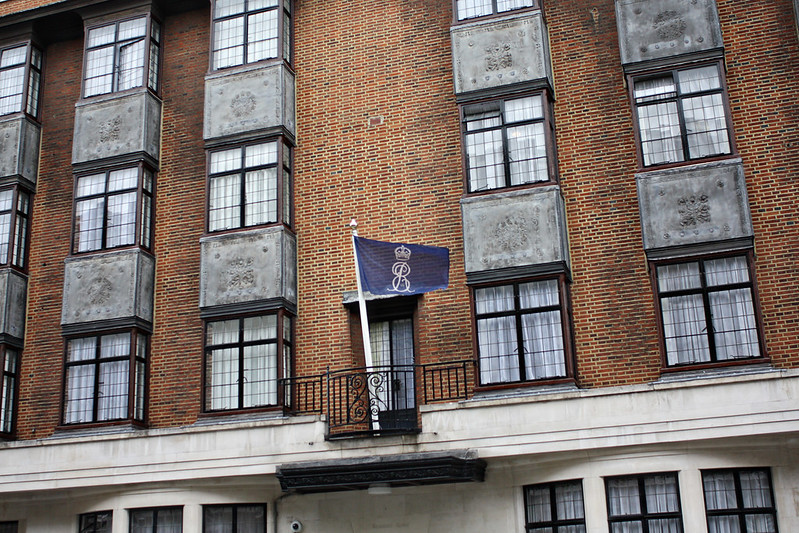 Because of the above incident, the staff of the hotel are rather wary of press, and when I turned up, I only hoped they would consent to photographs, Luckily, one mention of The King’s Ginger and Berry Bros. & Rudd is enough to thaw anyone and they gladly let me snap some of the details as well as the Library, which features a number of portraits of his gingery Majesty! 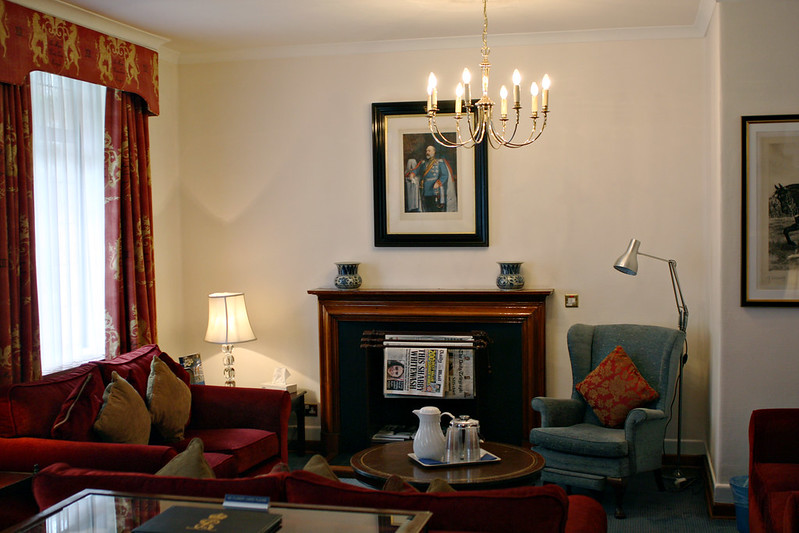 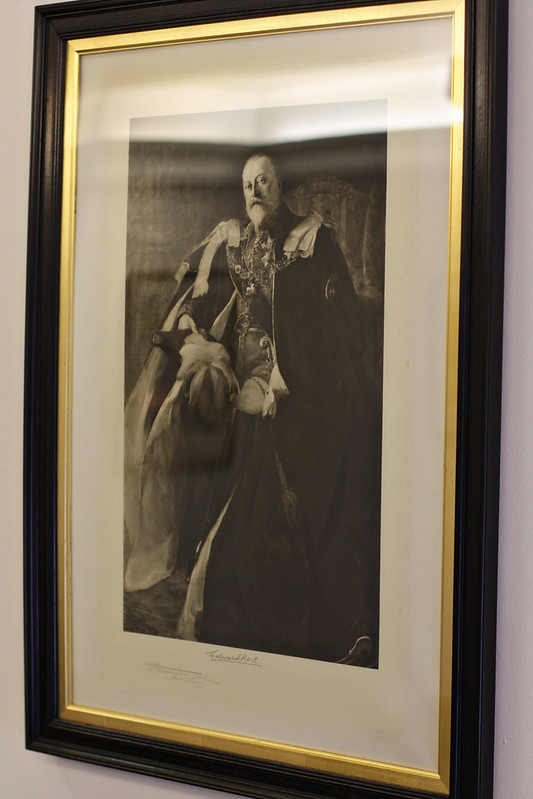 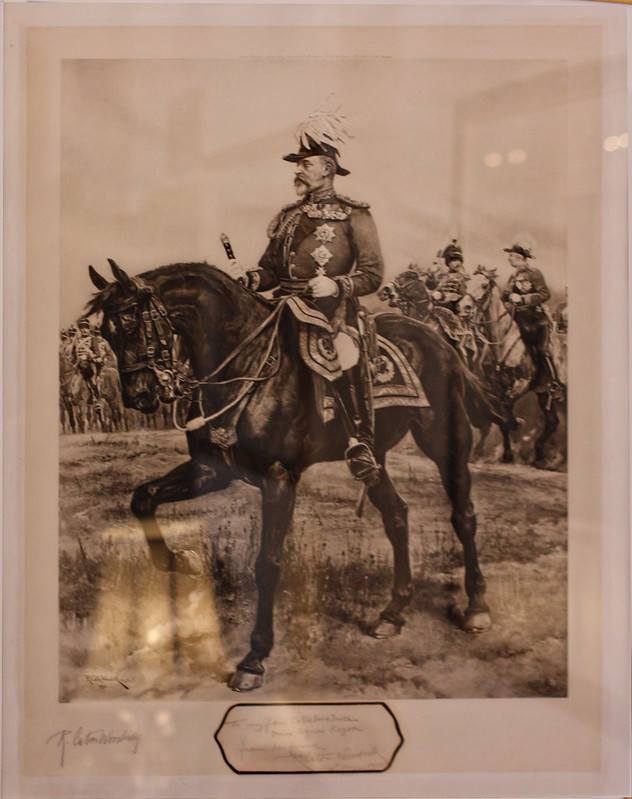 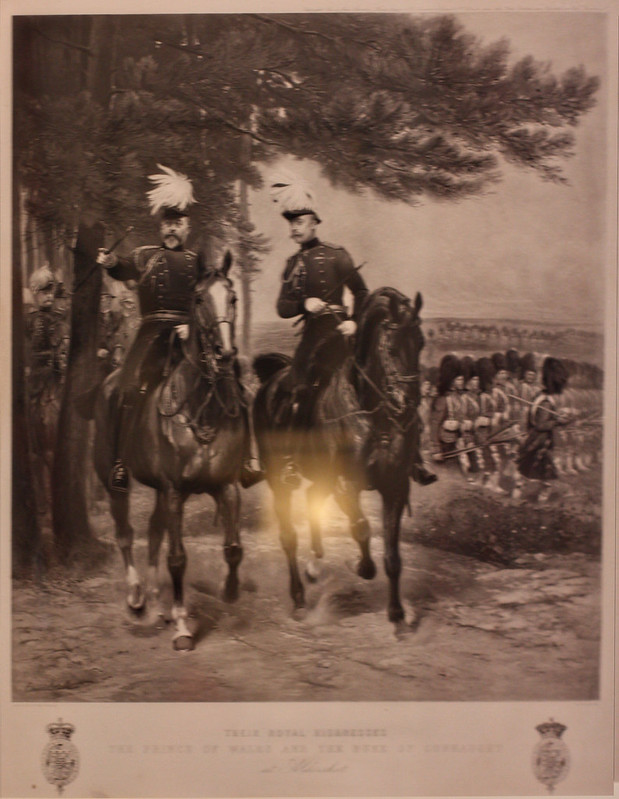 Forgive the light glare!
There’s some good royal and Agnes-related memorabilia in a case in the Library too. 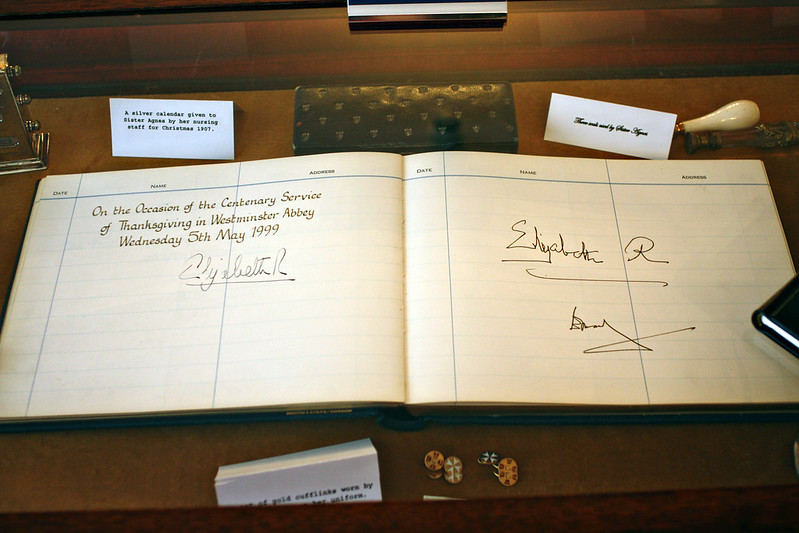 Back to the past for a moment. Agnes Keyser’s affair with Edward was a private one, and she was not splashed across the papers like Lilly Langtry or Mrs Keppel. I can’t help but feel she acted like more of an emotional confidante to his Majesty than someone who catered only for his desires, like the former. At least if her dedication to nursing and care is anything to go by. Sadly searches of the internet don’t reveal much else about Agnes’s life – if only I had had time to read this book, which lives behind the desk of the hospital! 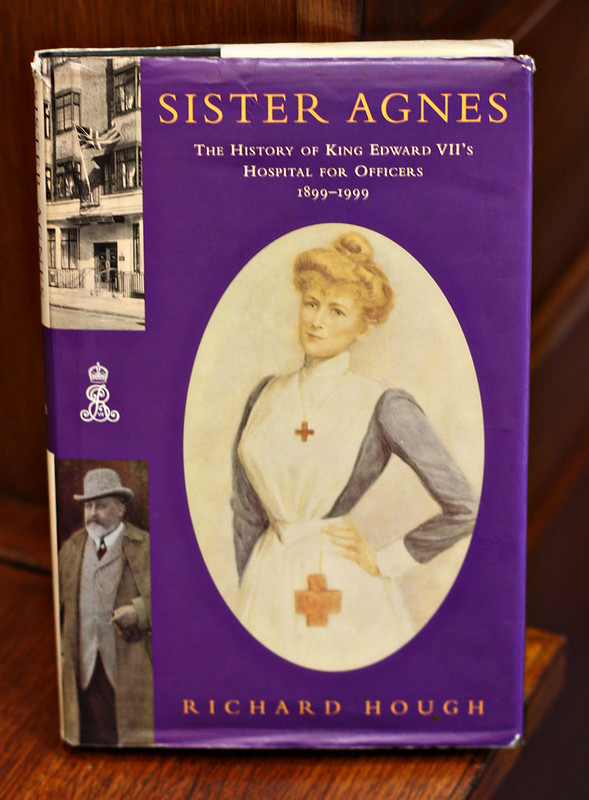 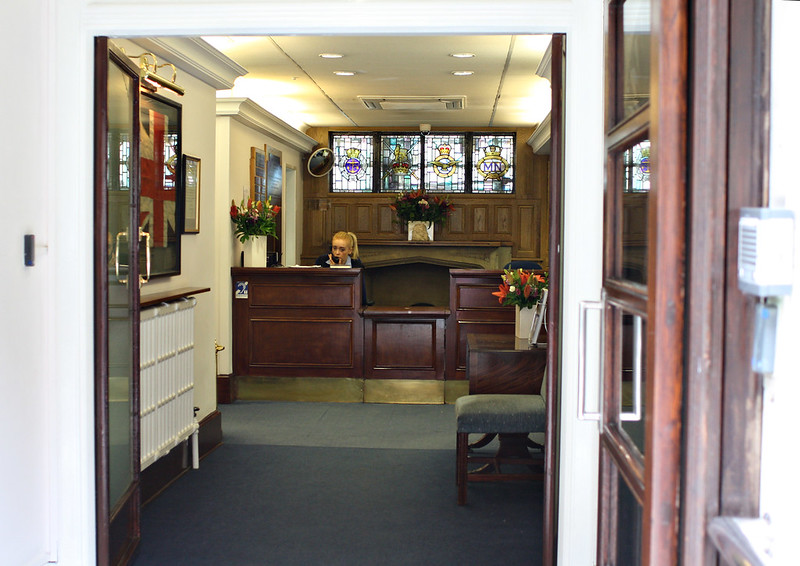 I’d like to say a big thank you to the receptionist lady above and the gentleman who was also behind the desk for letting me snap photos and letting me take a peek at the book (though they warned me it was quite a dry read!). Apparently some bottles of King’s Ginger have been spotted in the building too! 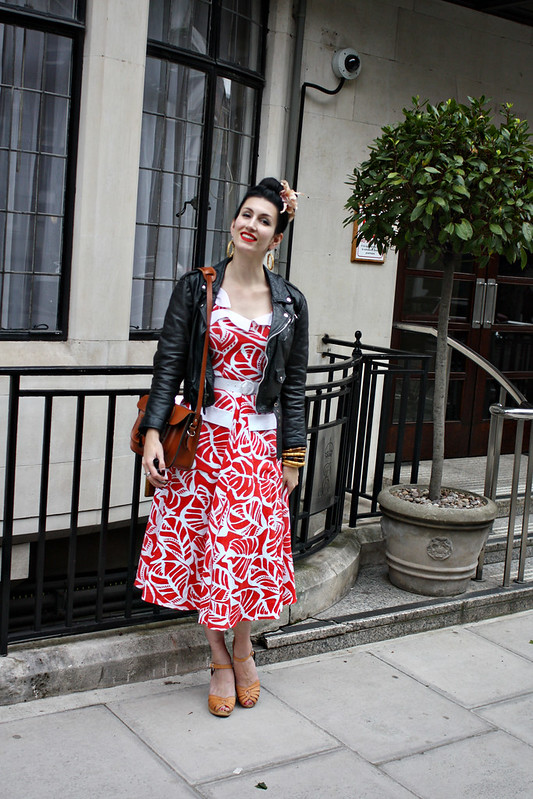 (and outside)
Dress: Vivien of Holloway Anna sundress
Shoes: Swedish Hasbeens
Check in a day or two for full outfit post!

I’ll leave you with this video of me presenting the King’s Ginger Cocktail sessions from a few years ago, I have never ever watched before, for reasons unknown…

Here’s how to make a seasonally appropriate King’s Ginger Summer Cup (recipe on the KGL site)! I didn’t look as pink in real life.

Lovely! I cannot tell you how excited I am with the possibility of finally getting my hands on the KG!

Thanks for this wonderful post. I am a vintage sewer and historian (haha, with a university degree…), and I always love the "story behind". Great pictures of you and your summery dress!

Thank you!! You're adorable!! I have the hardest time finding a tutorial for girls with thin or fine hair! So this helps immensely! Thanks so much!! 🙂